Founded in 2014, 5 years of progress in bringing the Gospel to Ti_Plaine has seen the congregation grow from 34 attendees to 140 attendees today. God’s Church is both a physical and spiritual presence in a community rooted in traditional voodoo. The church in Bonbon is the only Congregational-Christian church in all of Haiti. The congregation is made up of all ages from newborns to 80 years old! The church offers immersion baptism to adults for the remission of sins, and communion once a month as its two sacraments. 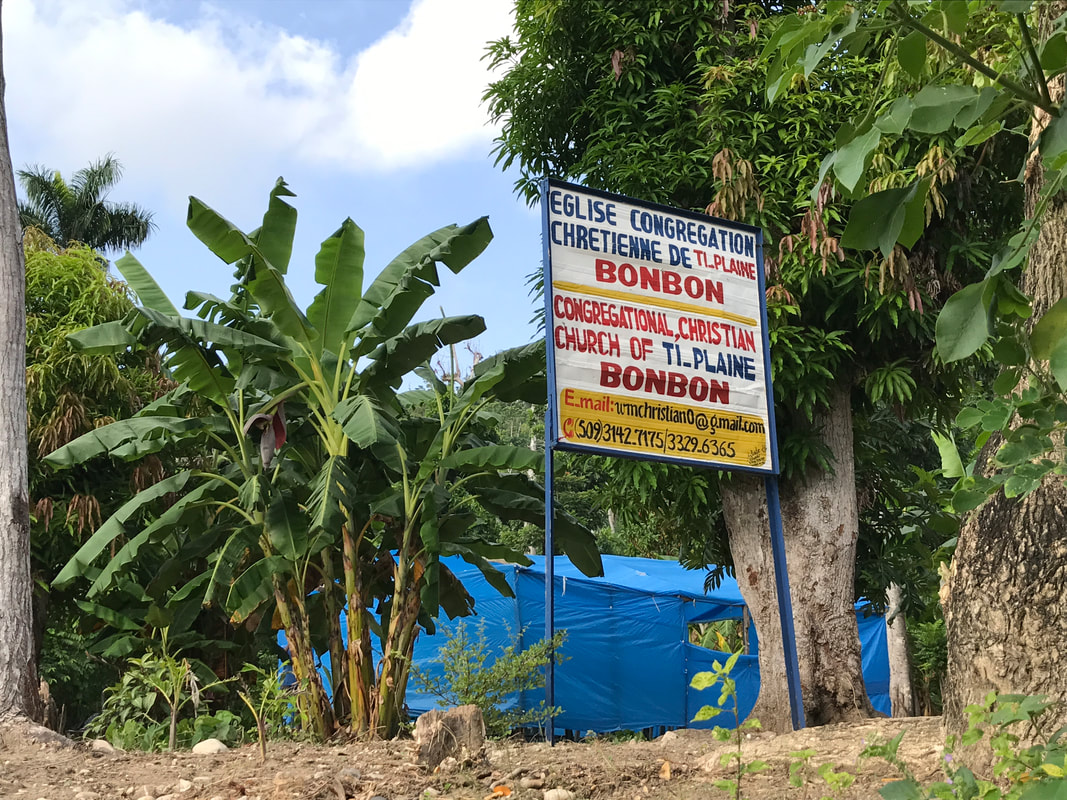 “In that area that I live - Tiplen, people always found their happiness in whatever form was available, through drunken dance parties or cockfights - wherever there was sin, they’d go. They practiced voodoo and performed many blood sacrifices. Before the church was established in Tiplen, the place was associated with death. Young people, adults, and children, all died at an alarming rate - but, thanks to God, His eye was upon us. He revealed to Pastor Wilbins that Tiplen needed a church. Then, the good news arrived. One day we had a revival service at the church, and when the church service was over, and we were going home, we overheard many people asking when was Pastor Wilbins going to come and plant a church? In Tiplen, ever since the church was planted, not one person has died, like they used to. God has revealed to us that His hand is upon all the people because of the church.”  - Peterson Gustav

​This is a phenomenon that has not gone unnoticed by the local Ganga, or voodoo witchdoctor. He has stated publicly that all people should join the church so that they will live forever. While he is likely mistaken in his interpretation, he is not wrong by accident. “All who call upon the name of the Lord shall be saved.” - Romans 10:13.

How can this phenomenon be explained? The natives of Tiplen eat from the same trees and livestock, drink the same water, and are exposed to the same diseases as the denizens of the nearby town. How is it that mortality in this little village has plummeted? To be sure, they have had access to slightly more food and clean water, owing to the introduction of aid by our mission work there. They have received a modicum of medical treatment because of our work, but surely not enough of each to make such a drastic change in local mortality. What is happening in Tiplen is a legitimate local phenomenon. The answer is clear. Proverbs 29:18 states that “Where there is no vision, the people perish: but he that keepeth the law, happy is he.” What the people of Tiplen have, that no other locals have, is a vision of hope, a vision of the future, a vision of salvation - where none existed before. It began with a three-day revival service in a clearing. It continued under tarps, until they were destroyed by the hurricane. It was reborn in the efforts of American Congregationalists who arrived with tools and trenched out a foundation. It continues in the building of block walls – the only permanent structure in the village. It is sustained by the Holy Spirit in the regular worship that occurs there, the Sunday school classes, baptisms and sacraments that are held there. There is a new vision in Tiplen. And there is new life in the Kingdom.
Copyright © 2020  East Freetown Congregational Christian Church. All rights reserved. sharrisondesign